In just forty years between 1970 and 2010 the global Living Planet Index (LPI), which measures more than “10,000 representative populations of mammals, birds, reptiles, amphibians and fish, has declined by 52 per cent.” (source: WWF Living Planet Report 2014). The World Wildlife Fund’s and ZSL’s LPI report states that, “Habitat loss and degradation, and exploitation through hunting and fishing (intentionally for food or sport, or accidentally, for example as bycatch) are the primary causes of decline.”

A decline of 52% is shocking and we need things to change because as long as there are two songbirds still singing the percentage decline can’t get any worse, can it?

For things to change, we have to change: we have to agree that this problem isn’t going to go away on its own; we need our best people to stand up for nature and make certain we keep nature on the agenda during exit negotiations with the EU; our political leaders need to commit to making decisions that outlast their premiership;  and we as consumers and business people need to think (really think) about our actions and – as WWF International Director General, Marco Lambertini, puts it, “build a future where people can live and prosper in harmony with nature.”

Currently, however, man runs the planet like his personal bank account – often consuming more than there is in reserve. The difference being that, the Natural World cannot plug the consumption gap with electronic quantitative easing and bail itself out; nature cannot be re-printed and re-distributed for us to “try harder next time.” We have one shot at managing the industrialized world’s interventions with nature and so far the results speak for themselves: the more man unsympathetically expands and consumes the planet’s natural capital, the more frightened the face of nature becomes.

The LPI states: “We may need 1.5 Earths to meet the demands humanity makes on nature each year.” It appears to either be us or nature who will survive, which is impossible:  as we kill off nature, we kill off ourselves.

Will wildlife populations have halved again in the next forty years? That’s the question that’s on my mind as I write this and – if it’s on your mind too – we’re in the perfect place to acknowledge that this is exactly how Maxwell Knight felt when he sat down to write The Frightened Face of Nature during the 1960s and share his reflections on the first-half of the 20th century plus his concerns for the future of nature, for the second half of the Century.

He’d woken up to nature’s plight and we might try to do the same.

We cannot “pop out” to the shops or go online and purchase a new ecosystem from Amazon. Our planet’s interconnected community of living things relies on the availability of non-living things; like water, air, soil, and that’s reflected throughout the living world and broken down into its most humble (but nonetheless essential) common denominator as food, water, shelter and a place to breed.

We can start small – in our own back yards: provide safe habitat and open up a wildlife garden and its occupants will likely flourish. Encourage your neighbours to do the same and together these gardens stack up and become a super-highway, a wildlife corridor for nature to gather its thoughts and try to recover its loses. Things can improve (look how the reduction of CFCs has helped the ozone layer heal).

In contrast, strip back nature – decimate the trees and natural flora – pave every square foot of space and fight back weeds with chemicals and nature will pass quietly away, forever. Those that can – birds for example – will try to make their home elsewhere, but they will find themselves intruding on other birds’ territory. Their future in this brief scenario is bleak. Amplify this on a global scale and factor in the growth of humankind and his exploits and it’s not hard to see why nature is on its back foot.

2 thoughts on “As long as there are two songbirds still singing, the percentage decline can’t get any worse” 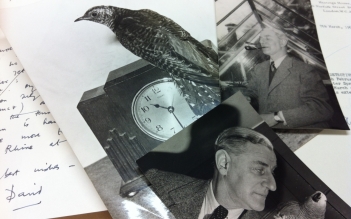 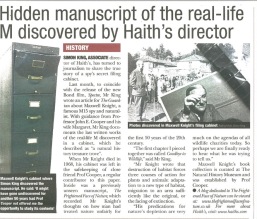