I expect many of my generation will echo in some way, but my life growing up in the 1940s and 50s was not run-of-the-mill. I lived with parents and younger brother in the lodge cottage at the entrance to a large Church of England Convent. The cottage was set against the edge of some 90 acres of mature pine wood, with the massive convent buildings, a large vegetable and fruit garden, tended by three full-time gardeners, and a two-acre field with, chickens, duck, turkeys, geese and rabbits. These were kept as food source with surplus eggs sent to Walls, who returned them as one-gallon tins of beautiful ice cream. That ice cream has a special memory, each Autumn the nuns held an open day and sale of work, and sold, among other things, the ice cream. My little brother and I gorged ourselves, were violently sick, then went back for more. Kids!

1947, I was twelve, already had my own dog – ‘Raq’ a home-bred, working, cocker spaniel, I chose her as she was born. Raq was named after the cocker spaniel owned by the radio personality, ordained priest, gypsy and naturalist Romany, whose adventures on Children’s Hour held kids like me spellbound. She was my constant companion for the next twelve years. It is said, “You should never give your heart to a dog” – a stricture I have failed to follow with a succession of dogs various over the years. I also had a large collection of birds, plus a menagerie of injured birds and mammals, at a time when rehabilitation of wildlife was rare. My pocket money was 6d – 2/12p in today’s money. To fund my ever-growing collection of injured creatures, some released in due time and others more permanent, I had to find some employment.

On the classic bike, with a big basket in front, delivering groceries mostly, as meat was still rationed. Thursday and Friday evenings were spent delivering mixed groceries, including eggs packed in a paper bag.

Paid work for a twelve-year-old was frowned on. I was still underage. Once I reached 14, I was allowed just one job. Newsagents always needed paper boys, so I was taken on delivering newspapers in the early hours to the ever-increasing numbers of houses on a new council housing estate. When I started, there were fewer than a hundred houses and I was delivering about a dozen papers. This slowly but inexorably changed until at the finish I was delivering over one hundred – for the same money 7/6d (35p) a week. I supplemented with my second job, a butcher’s round. On the classic bike, with a big basket in front, delivering groceries mostly, as meat was still rationed. Thursday and Friday evenings were spent delivering mixed groceries, including eggs packed in a paper bag.

Saturday morning was spent delivering the meat ration and when I started my round this took me to a village, about two miles from home. I had never been there, and of course had no idea where anyone lived. I asked each householder in turn where the next one was, and even so, because some did not know, I was out much longer than expected. I finally returned to the shop at 3pm, which had closed at 1pm and my employer was, I realised later, very worried, having no idea where I was. Few people had a telephone so he could not track me. Looking back there were incidents which bring Ealing film comedy to mind. One Friday evening I was told to take all the meat scraps from the chiller and put them through the mincer. Mostly it was fat and gristle but on top was a large lump of fat-covered meat(?). It was with the scraps, so I minced it watching the bright red meat finally assimilate into the rest. Just as I finished Mr Watts said, “Where is the ox heart?” I had never seen a heart before and when I asked if the big piece of fatty meat was what he was looking for he was apoplectic. He raged “You can explain to the customer when she comes in.” A large and formidable housewife, looking forward to the rare treat, was difficult to pacify. So serious was this error that I don’t recall anyone seeing the funny side – ever.

Because meat was rationed and the staple diets used by modern rehabilitators were not available, I had to improvise to feed my animals. The only commercial food was mealworms, fine for small birds, but useless for anything bigger than a little owl. For some time, I used my bicycle to go to areas where I might find usable road kills, but squashed animals were not a reliable source. Finding me sitting on a farm gate one evening, my father said to my mother, “I think that boy is turning into a vulture”. Because I was not able/allowed to use a gun, I had to find a way to obtain fresh meat. A meeting with a local poacher introduced me to ferreting, which when carried out using nets, was very productive. One problem was explaining that ferrets were part of the team to the family dogs. Once they understood, I soon had enough fresh meat to use the chiller in the butcher’s shop. At the same time, I taught myself to shoot with a long bow; this was very productive.

My father was quietly pleased with my attempts at self-sufficiency. Our local bobby knew me and also knew what mischief I was up to. I imagine he was prepared to be discreet over my poaching knowing I did little harm – plus he was also aware of why. To be fair, I had asked the farm manager of the estate, which was a part of the Guinness empire, with the big house inhabited by the head of the family. I received a none-too-polite brush-off but I responded politely “Thank you for your time, Sir”, whilst thinking “Miserable toad,” then went on to poach as hard as I could. There was no shoot, but the local foxhounds put in at least one appearance every season. Foxes were not so numerous as they are today, so the wild pheasants thrived. They were not plentiful but enough to take a few to add grist to my mill. The only drawback was where and how to keep the meat fresh as there were no domestic freezers. This is where my butcher came in handy, for I was allowed to store my booty in his walk-in freezer, where had you wished, you could have held a dance. The meat content, still rationed, took up little space, and naturally, he took his cut.

At that time the pet food market was not the mighty machine it is today, and I was often struggling to provide food for my charges plus scratching around for dog food. The rabbits were a blessing that lasted right up to the arrival of myxomatosis in 1953. This dreadful disease, first recognised in Uruguay, was introduced into Australia and then Europe, to be brought into this country illegally to infect rabbits in Kent. Its vector was fleas and biting insects, and I heard the starter was a few pairs of rabbits ears infested with fleas, dropped into a number of rabbit holes. I am not so sure that is true as fleas leave as the body grows cold and the more likely scenario is infected, but still live, rabbits brought in. However, it was done and the disease spread like wildfire.

At the end of 1955 the ubiquitous rabbit was virtually extinct, although I have no recollection of anyone showing concern. While they had been a part of the English fauna for a very long time, brought by the Romans/Normans – take your pick; many people still held the view that they were not a truly British animal, so they did not matter. I was gravely concerned as now rabbits were so rare, I almost never saw one anymore. When I did it was usually in the final stages of this dreadful disease, swollen eyes filled with mucus, blind and unable to feed and as a result, although still quite safe to eat (the disease was rabbit-specific), there was no flesh.

In the summer of 1948 I had been given a little female ferret. She was creamy-white with pink eyes, small and quick, but very good in the hand. Ferrets were very much beyond the pail at the time. They had a terrible reputation for being excessively smelly, and vicious to a fault. Ferret keepers fed their animals on a diet of bread and milk (wholly unsuitable for a carnivore) and didn’t rush to keep the cage clean. Indeed, working ferrets, used to chase rabbits out from underground into waiting nets were expected to be aggressive; otherwise they were no good for the job. In fact, the opposite was true. Friendly, tame ferrets, fed on proper diet of meat, kept clean to reduce the undoubted musky smell, will go to ground and chase rabbits out as required. They rarely kill, eat and then sleep, needing to be dug out, and must be able to be picked up without biting.

As the founder of the Ferret and Ferreting Society, much later than the period of this narrative, I helped to foster a change in attitude towards these animals. It was almost unheard of for anyone to present a sick ferret to a veterinary surgeon, and even then, it was examined from a distance wearing great thick leather gloves strong enough to repel a tiger. Today, with the change in attitude, the once humble ferret is at number six on the list of animals presented to a small animal veterinary practice. I loved my little jill – the correct name for the female – the male is a hob, and I played with her all the time. She loved to be tickled, to chase a broom and to bounce sideways around me. This latter is typical mustelid behaviour. All the family, badgers, otters, stoats, weasels and polecats, play in that fashion.

Earlier in this blog I said, “Never give your heart to a dog”, for their lives are too short. A year before I lost my first dog, I gave my heart to Pamela, a lady who became my wife. Her mother told me “She was raised as a lady – treat her like one” and remained so, steadfast, strong-willed, kind and generous to a fault. Her sporting prowess as a girl in Eastern Canada included tennis at championship level, and here in the UK, caving and potholing, often in flooded cave tunnels, which must have taken great courage as she could not swim. The classic for me, photos which we cannot find, of her dangling on a climbing rope with a thousand feet of nothing underneath taken in a, then closed, eastern Europe. We celebrated 60 years on the 25th June this year, and she broke my heart by passing away on the 12th of September, aged 90. We met and married in ten days, spread over one year and she remained the only one. She is buried overlooking the River Wey in our family plot alongside our sonMichael, lost at 21 in 1983. May she rest in peace.

One thought on “Move Over Robin Hood? With a Tribute to Pamela” 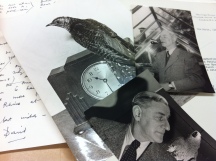 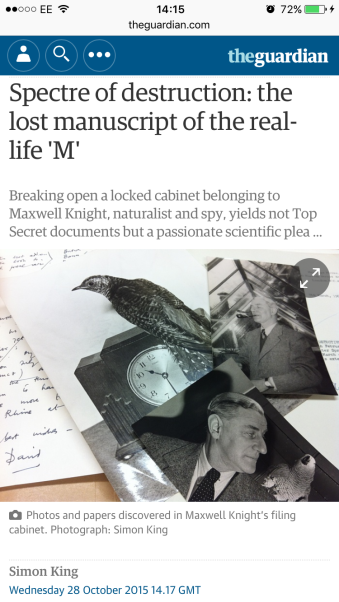 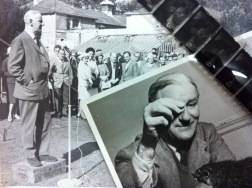