How did ‘bird gardening’ become established in British life? Simon King reveals its origins in the ideas and writing of the famous WW2 spy catcher – none other than Maxwell Knight.

The practice of putting out food for birds in gardens is more popular now than ever before, with more than half the UK population feeding birds on a regular basis. Bird food companies have responded to the public interest by producing a range of diets and accessories; from bird tables to squirrel-proof feeders. In short, “bird gardening” has become big business.

But how did this all start?  For how long have British people been enjoying the company of birds in their gardens by attracting them with (rather than for) food? Individuals, probably naturalists and eccentrics have most likely fed wild birds for centuries; however, the (bird) table has literally and figuratively turned – birds are now seen as our garden guests.

At what point in popular culture, though, did feeding the birds become a more informed pastime? When did feeding the birds for “tuppence a bag” leap from stale bread and leftover table-top offerings to “best practice” and metamorphose into the more formal bird gardening approach we practice today?

It is difficult to be sure but a good starting point to wild bird feeding as we know it today is the book “Bird Gardening. How to Attract Birds” written by Maxwell Knight in 1954. Older readers will remember Knight as one of the radio personalities who appeared on such programmes as “Nature Parliament” and “The Naturalist” in the 1950s.  He was an enigmatic character; as documents are now revealing, he played an important part in MI5 in the Second World War and (as a friend and colleague of Ian Fleming, whom he recruited to MI5) was probably the inspiration for “M” in what has become one of Hollywood’s most successful film franchises, James Bond.

On the flysheet of “Bird Gardening …” the publishers wrote: “Most people like having birds in their gardens, but few know the best way of supplying their needs as to food and nesting.  In this book advice is given as to how and when to erect nesting boxes and the subject of bird tables and feeding birds at all seasons is examined thoroughly.  The problem of improving gardens so as to make them more attractive to birds is dealt with, and even the difficulties of protecting birds from cats, squirrels, and other predators is considered.  The book is illustrated with pencil sketches by Jean Armitage, who also contributed to the wealth of advice contained in this essential book for all bird lovers.”

It’s likely to be  a revelation to many  readers  that, one of the modern-day, founding fathers of bird gardening (Maxwell Knight) was once a World War II spy catcher who, inter alia, foiled a plot to stop the Americans entering the war and whose MI5 department, B5(b) immobilised Britain’s “fifth column” of Nazi sympathisers, and yet Knight’s unique observational field work skills were put to work in service of natural history too; organising and presenting best practice for would be bird gardeners and nature enthusiasts.

“Stale cake – particularly plain cake – is better than bread if it can be spared”, wrote Knight – reflecting the period (post war). Today’s garden birds are presented with a plethora of bird diets and treats that have moved on dramatically (and scientifically) since Knight’s time, even Marie Antoinette’s “let them eat cake” cries have been surpassed by the best and most progressive bird food specialists. High-energy peanuts and sunflower hearts bursting with calories, high-fat suet offerings of all shapes and sizes – even no-mess bird seed mixes, where all the seeds and husks have been carefully removed to leave the goodness intact for the convenience of garden birders so that they no longer have to sweep up waste husks. Paradoxically, however, there are garden birds that get enrichment from the rolling action of cracking open seed husks – birds like the Greenfinch for example. These and other observational feeding challenges are all in a day’s work for today’s dedicated bird gardeners.

In “Bird gardening…” Knight pays tribute to the Americans as bird feeding pioneers; however, the British, with their long history of creating and tending gardens, played a significant part in promoting the concept and were probably responsible for the introduction of the term “bird gardening”. Haith’s – one of Britain’s most knowledgeable bird food specialists – says that their records show how food has been provided for wild bird feeding since the late 30s. However, at some point around the 50s, bird gardening stepped forward and announced this is how to do it well and do it safely.

In Knight’s “Feeding Birds in Winter” (1957) he remarks that this congenial task is a pleasure for much of the year, “but a duty in hard weather.” What Knight couldn’t possibly know in the 50s and 60s was that bird gardening would become increasingly popular as a year-round pastime, with more and more enthusiasts electing to feed throughout the summer months. What he did spot, though, was that there was a right and wrong way to go about bird gardening, and the wrong way would inevitably affect birds’ welfare.

Welfare is never too far away in Knight’s written work – indeed, one hitherto unpublished work recently discovered inside his personal filing cabinet – owned by John and Margaret Cooper – documents his concerns for wildlife population declines on a global stage; it’s about the depredations of humans and industry on the world of nature, which is why the manuscript was entitled The Frightened Face of Nature.

Welfare and what to feed went hand in hand for Knight; in terms of bird gardening, his focus was on food selection and how to best present it as safe offerings to the birds. In this respect, he was ahead of his time. For example, Knight encouraged bird gardeners to bring food in every night to prevent mice or even rats from feasting on the food. In terms of food selection, he championed food safety and was unafraid to neither stand up and be counted nor admit when he was wrong… One such published example documents that in Knight’s time, the use of coconut as a food source for garden birds was controversial. Coconut returned to the market after the war, and bird gardeners saw it as an ideal food source. Initially, Knight agreed – but was met with opposition from his readers and listeners, so soon gave the advice to “never give any kind of shredded or desiccated coconut” to the birds (Knight, 1957; Knight, undated). Further, he suggested a use for coconuts that is still in service today:  “Saw the complete coconut into two halves and hang up – open end downwards. When empty, the shells can be filled with fat and used in this way as containers.”

Today, bird food companies like Haith’s (see www.haiths.com) are joined by leading wildlife charities (Royal Society for the Protection of Birds, Wildlife Trusts, British Trust for Ornithology) in stating that bird gardening is good for humans and good for birds. Knight would be pleased to hear how feeding Niger seed has helped swell Goldfinch populations so much that they are now a common sight on bird feeders across the UK.

There remains little doubt that Britain’s birds are the beneficiaries of people power. However, with power comes great responsibility – one such responsibility is bird garden hygiene.

Attracting large numbers or groups of birds and encouraging them to gather in one place to feed requires good animal husbandry to reduce the hazards of cross contamination. Thankfully many forward thinking bird food companies like Haith’s have sensibly mitigated the risk by educating the bird gardener to take some sensible precautions to reduce the potential for spreading pathogens. This is best achieved by 1) regular cleaning of bird-tables and other feeding areas, 2) providing high-quality bird food. Companies are increasingly aware of the need to produce such diets if the health of garden birds is not to be compromised (Cooper, 2012), (3) not overfeeding birds (they need to look for food in the garden and hedgerows, not to depend solely on human intervention), and 4) hand-washing and, if possible, wearing gloves if handling sick or dead birds.

Our gardens have become a haven for wild birds that have been displaced from our countryside. Wherever the term bird gardening appeared from and whoever was first responsible for using it, one thing is incontrovertible: Maxwell Knight – the real-life “M” and BBC Natural History broadcaster – helped open our hearts to birds and wildlife detection and – as long as we continue to remain a nation of nature lovers – bird gardening seems likely to be here to stay. It gives much pleasure to those involved and arguably both helps to augment the nutritional status and promote survival of many wild birds. 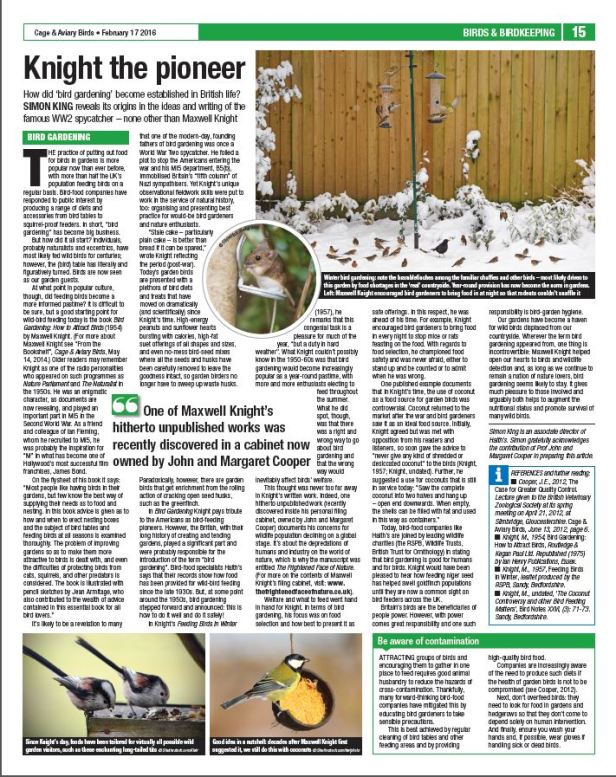 Cooper, JE (2012). The Case for Greater Quality Control. Lecture given to the British 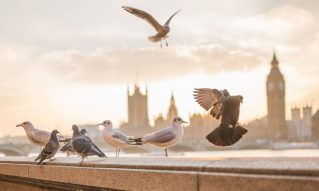 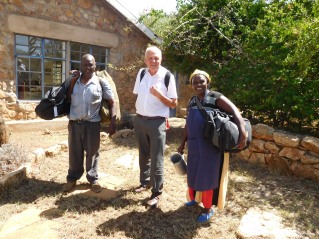 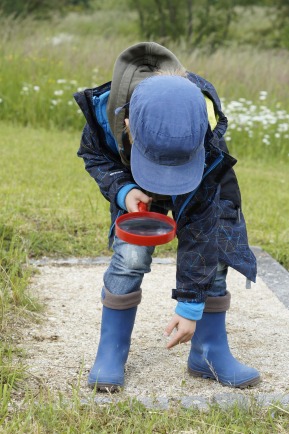 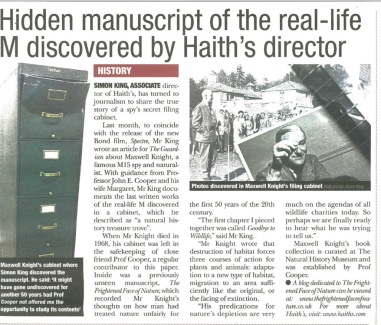 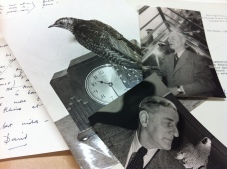 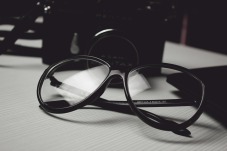 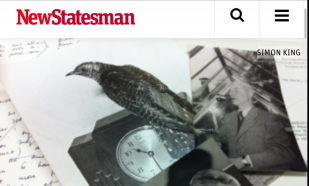 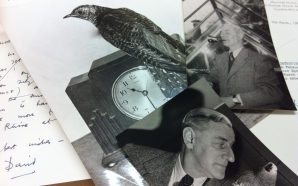 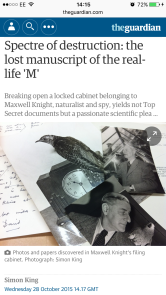 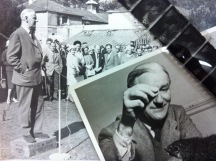 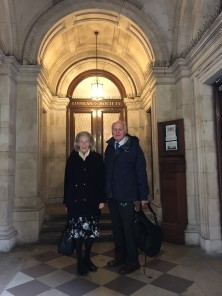 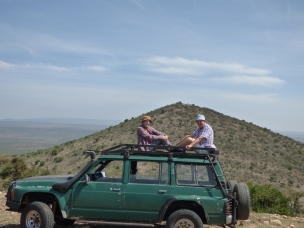 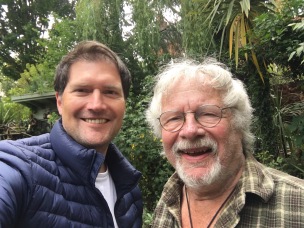 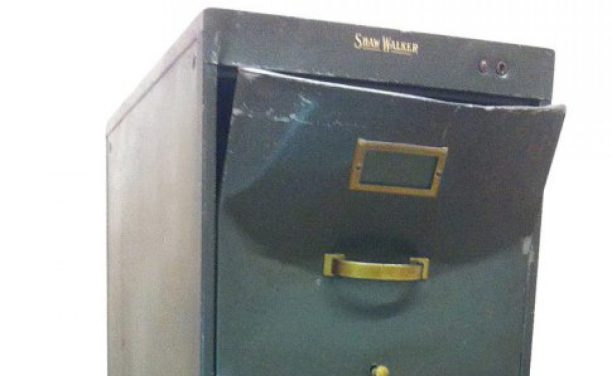